How do you entice luxury tenants to your project? Is there a danger that luxury retailers are becoming over-exposed? What are the up-and-coming luxury concepts?

These and other questions were put to panelists at a packed-to-overflowing SCTLive event in Miami Tuesday. Among those attending was Stanley Whitman, founder of Bal Harbour Shops, the highest-performing mall in the world in sales per square foot.

“Everybody thought we were crazy,” Whitman said, recalling how luxury department stores were at first reluctant to locate in his mall. Tenants also griped at first about aesthetic touches that have since made the mall famous, such as trees in the parking lot — one even started to cut down a tree, he recalled. Tenants and customers initially objected to charging visitors to park at the center, he noted.

But with luxury goods stores proliferating around the world, is there a danger that they will become too commonplace? Absolutely, but it is a danger recognized by retailers and developers alike, panelists noted. For instance, the retail portion of Brickell CityCentre, a $1.05 billion project being co-developed by Swire Properties and the Whitman family in Miami’s financial district, will be quite different from Bal Harbour Shops, said Lazenby. And for their part, luxury retailers are meticulous about protecting their brands, noted Jackie Soffer, a partner at Turnberry Associates in Aventura, Fla. For instance Louis Vuitton will destroy unsold merchandise rather than put it on sale, she said.

The key to attracting customers is not just to have famous retailers, but to create an engaging experience through good architecture, restaurants and a mix of interesting, creative retail and service tenants, noted Craig Robins, CEO and president of Dacra, the company that transformed a run-down former industrial area in Miami into the Design District.

Food establishments that are good and interesting are vital to the success of any project, whether it be a neighborhood or a mall, noted Bruce Koniver, owner and partner of the Koniver Stern Group in Miami Beach.

SCTLive are short, interactive boutique conferences, with each one focusing on a single, current topic. The next one, focusing on the evolution of omni-channel retail, will be held March 13 in Atlanta. 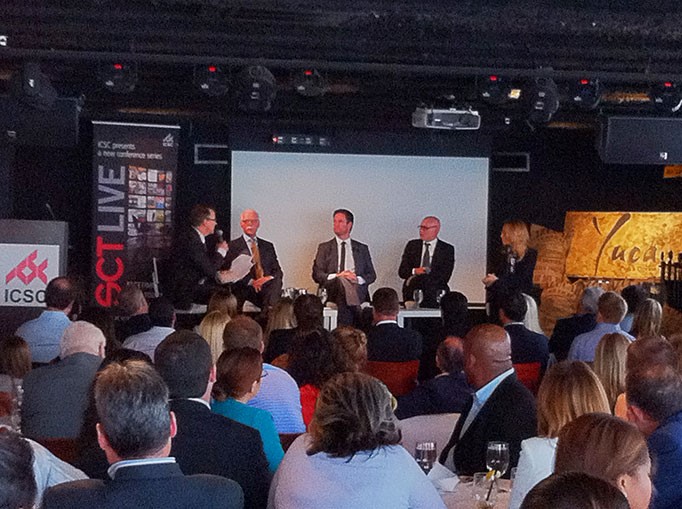 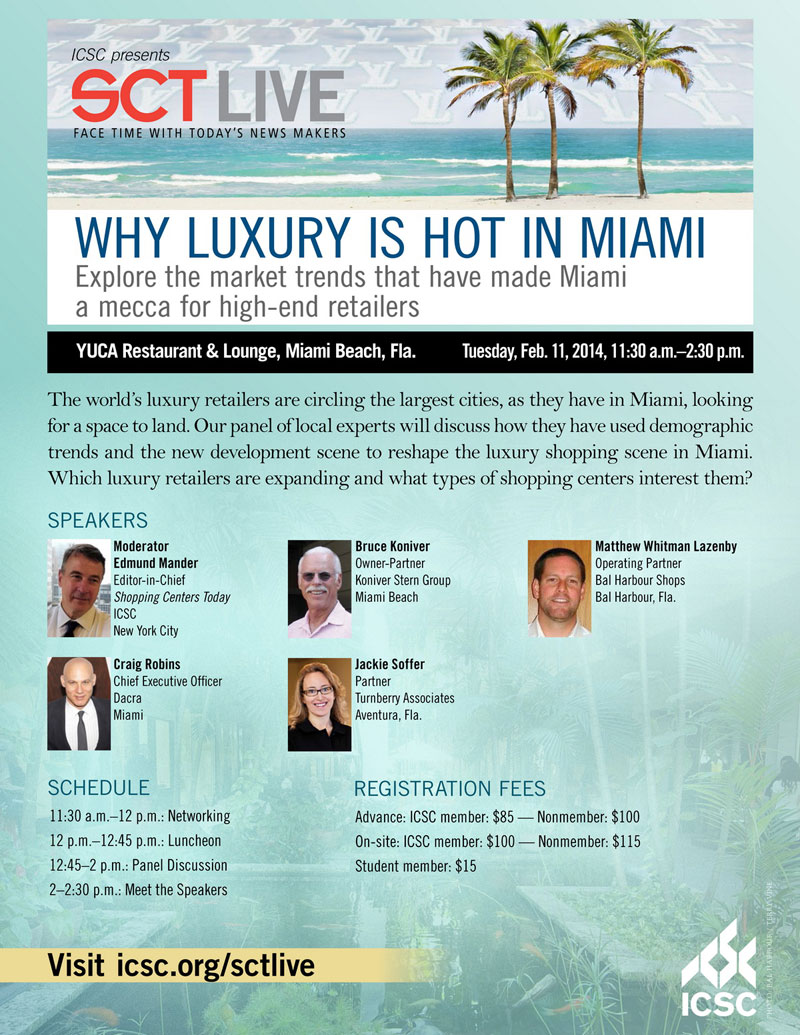