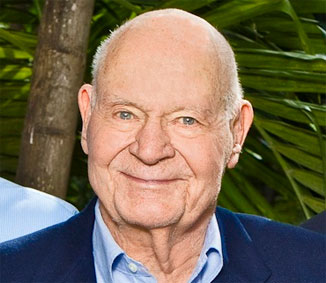 Stanley Finch Whitman, (1918-2017), was the founder and visionary behind Bal Harbour Shops, he was sometimes compared to Sam Walton. Other times, to Walt Disney.

In mid-twentieth-century Florida, Whitman pursued a vision that continues today to draw visitors from throughout the world to a unique destination in the Sunshine State — Bal Harbour Shops. The idyllic, subtropical version of Madison Avenue first opened in 1965, billed as a “tiny, magical enclave on the ocean.” Elaborately landscaped with shady palm trees and fragrant orange trees, this open-air shopping center at the northernmost portion of the barrier island known as Miami Beach was the nation’s first all-luxury fashion retail destination.

Of his decision to focus exclusively on luxury fashion and jewelry retail, Whitman recalls, “If I had leased to stores who sold the kinds of clothes my wife wore, I’d have gone broke!”

“From the first day, we were a howling success!” he recalls.

The innovative shopping center initially included 30 New York tenants. By 1971, Whitman had enticed Stanley Marcus to open the first Neiman Marcus store outside of Texas. When Saks Fifth Avenue opened at Bal Harbour Shops in 1976, this exclusive retail destination became the first shopping center to include both a Saks Fifth Avenue store and a Neiman Marcus store. In 1978, the fifth Gucci store in the United States opened at Bal Harbour Shops. The world’s most coveted fashion and jewelry brands continued to follow, establishing Bal Harbour Shops as the nation’s top retail sensation, recognized internationally.

In 1983, a second level was added to Bal Harbour Shops, expanding the shopping center to 450,000 square feet. Plans are underway for a 250,000-square-foot expansion to accommodate the lengthy waiting list of luxury stores that want to bring their brands to this premier retail center.

Meanwhile, Whitman lives in the same three-bedroom home that he built in nearby Miami Shores in 1949. He has unofficially retired from running the family business, and those tasks have been assumed by his son, Randy Whitman, and grandson Matthew Whitman Lazenby.

Nonetheless, Stanley Whitman, now well into his 90s, still enjoys coming into his office each week, where he immerses himself fully in the company’s various development initiatives, reads trade magazines, and stays generally up-to-date on everything happening in the industry and at his beloved projects, as well.

“It’s wonderful to walk through the center and have people tell you how much they enjoy spending time here,” he said. “Then you walk a little further, and a European merchant with locations all over the world ventures out of his store to tell us we have the finest, highest-grade collection of stores he’s ever seen. You’ve got to love that!” he said.

The renowned shopping center is also a landmark in a remarkable family history that includes many notable Miami landmarks. Whitman is the son of Chicago businessman William Whitman, Sr., who started coming to Miami Beach with his family in 1912, eventually moving to the area after retiring from a successful career as a manufacturer of printing presses. William Whitman, Sr., and his wife, Leona, developed some of the most iconic destinations in Miami Beach, including Española Way.

At the height of Miami’s 1920s land boom, the couple imagined this narrow street in South Miami Beach as an artists’ colony, set in a Mediterranean Village. Although the Whitman family is no longer an owner at Española Way, the romantic charm they envisioned for this picturesque lane remains — in intricately decorated building facades, varied street frontages, shady awnings and old trees. In 2012, a panel of expert jurors unanimously selected Española Way as “The Best Urban Block in South Florida.”

In the 1920s, the Whitmans also developed much of the ocean frontage on Collins Avenue between Twenty-Ninth Street and Fourty-Fourth Street. Their hotel, Whitman-by-the-Sea, was the first hotel built on Miami Beach after the 1926 hurricane.

The Whitmans also owned properties on Lincoln Road, which, in the 1920s, was one of the premier shopping districts in the nation, at a time when, as Stanley Whitman likes to say, Palm Beach’s Worth Avenue was “nothing but a wagon rut!”

“We were pioneers,” he recalls. “We had the second telephone ever on Miami Beach.”

Along with his parents and his two brothers – William, Jr., and Dudley — Stanley Whitman grew up in an oceanfront home on Collins Avenue at Thirty-Second Street. Crocodiles roamed the dunes during those years, and the Whitman’s nearest neighbor, more than a mile away, was the Firestone family.

In 1930, Leona Whitman became a founding member of the exclusive Surf Club. Located on the ocean side of Collins Avenue, between Ninetieth Street and Ninety-First Street, the Surf Club was for many decades an important institution in Miami Beach social life, as well as a resort destination for some of the world’s most celebrated people during a glamorous era.

Stanley Whitman likes to recall his mother’s keen instinct for real estate investment, describing her as “a better investor than any human being I’ve ever met.”

“She made a killing,” he said.

In the 1950s, she sold to Ben Novak the property that soon became the location of Novak’s renowned Fountainebleau Hotel, in the fourty-fourth block of Collins Avenue.

Back in 1936, however, Stanley Whitman left Miami Beach to matriculate at Duke University in Durham, North Carolina. He was president of Duke’s SAE fraternity, and he married the May Queen, Dorothy Stivers.

The couple remained married for 66 years, until she passed away at their home in Miami Shores in 2008. They have two children — Gwen Whitman Lazenby and Randy Whitman, who is chairman of Whitman Family Development, LLC. The couple’s grandson Matthew Whitman Lazenby is the company’s president and chief executive officer. The descendants of Stanley Whitman and of his late brothers are also owners of Bal Harbour Shops.

A New Community and a Vision in Post-WWII Miami Beach

During World War II, Stanley Whitman served for five years as a U.S. Navy officer, based in Miami Beach. After the war, his young family was among the 25 families who incorporated the Village of Bal Harbour while living in a barracks building that the U.S. Army Air Corps had left behind at the corner of Collins Avenue and Ninety-Sixth Street.

At this time, Whitman began to pursue his vision for what he describes as his “prototype” — a recreation of the glamorous, outdoor shopping destination that Lincoln Road had been during his upbringing. He was convinced that a new, high-fashion retail center could thrive at the right location, so he paid top dollar in 1957 ($2 per square foot) for a sandy, 16-acre parcel in Bal Harbour Village. The site had been a prisoner of war camp during World War II.

“No one in the United States had paid more than $1 a square foot at the time,” Whitman recalls. “Everybody thought I’d paid too much, that it would never succeed.”

Today, however, the company he founded remains at the forefront of retail real estate development. As a partner with Hong King-based Swire Properties, Whitman Family Development, LLC, is co-developing 520,000 square feet of retail space planned for Brickell CityCentre. The $1.05 billion, mixed-use property — currently under construction in downtown Miami — is scheduled to open in 2015. When Brickell CityCentre is completed as planned in 2018, the development will encompass more than 11 acres.

In 2013, the Urban Land Institute’s Southeast Florida/Caribbean District recognized Whitman – along with his son, Randall Whitman, and grandson Matthew Whitman Lazenby — with its annual Lifetime Achievement Award. According to Urban Land Institute District Council Chair Mark Peterson, the Whitman family “has dedicated itself to creating and operating groundbreaking, sustainable retail for more than half a century, with ambitious plans in place to expand the successful brand here in South Florida.”

Among Miami businessmen, Whitman has a legendary stature. Mitchell Kaplan, owner of the bookstore chain Books & Books, which has a store at Bal Harbour Shops, described his business’ landlord as a role model.

“I like to hear him talk about the early days of retail,” Kaplan told the Miami Herald. “He’s lively and interesting. In many ways, he’s someone to emulate. Stanley Whitman is one of the giants in retailing,” Kaplan said.

In the 1990s, Miami-Dade County Mayor Alex Penelas honored Whitman “for contributions which serve to enrich the fabric of the community.”

Whitman is a founder of the Bal Harbour Rotary Club, established in 1953. He also served as its president. He received the Paul Harris Fellow from Rotary International for his extensive civic undertakings. He chaired the Bal Harbour Resort Tax Committee from its inception in 1968 through 1983 and served on the first board of directors of the Greater Miami Convention and Visitors Bureau. He served five years on the Miami Dade Water and Sewer Authority, was chairman of the South Florida Highway Users Federation, and was elected a trustee emeritus of Miami Country Day School, where a library is named for Whitman and his late wife. He was a founding director of the Community National Bank & Trust of Bal Harbour (now SunTrust Bank). He is a member of the International Council of Shopping Centers and the Urban Land Institute. For more than 20 years, he served Miami Shores Presbyterian Church as an elder. He is also a trustee of the National Conference of Christians & Jews.

“The civic stuff is the root of what I’m all about,” Whitman said. 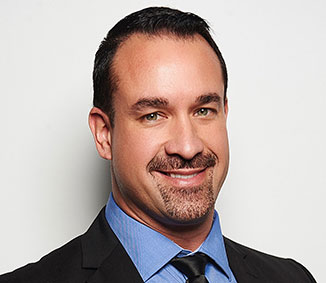 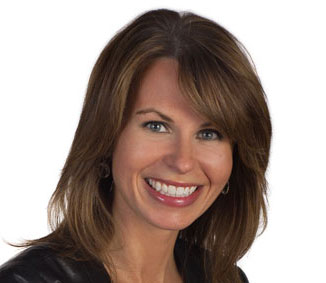 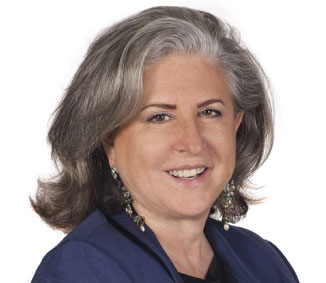 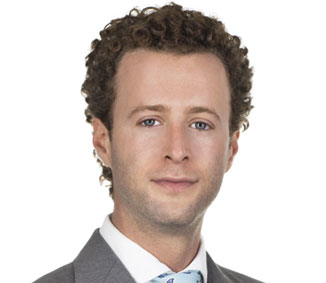 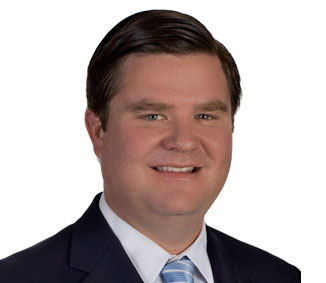 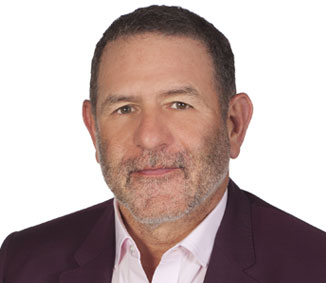 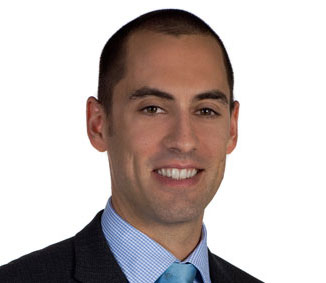 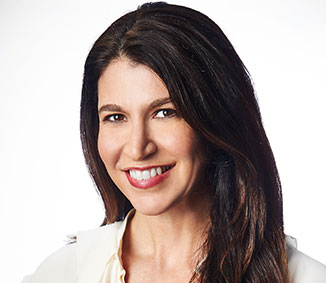 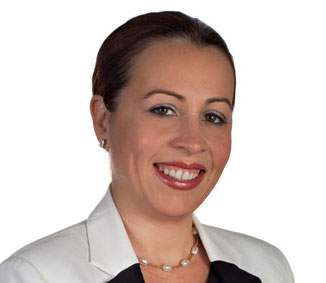